Patricia Lenkov is widely regarded as a thought leader on board recruiting, corporate governance, composition, and succession.

Patricia founded Agility Executive Search in 2008. She left the firm from January 2019 through May 2020 to become a Senior Managing Director at Teneo, a global CEO advisory firm. She recently returned to run Agility 2.0! Agility Executive Search specializes in corporate board and senior level executive search. To date, Patricia has conducted over 350 board searches for corporate clients, as well as, having worked with some of the world’s leading activist investors to recruit board directors. In 2018, Agility Executive Search was named as one of “America’s Best Executive Recruiting Firms” by Forbes and was included in the Hunt Scanlon “New York Power 60” List.

Previously, Patricia was a member of the board of director’s practice at Spencer Stuart for four years, and prior to that, she spent six and a half years with Heidrick & Struggles where she conducted board and senior-level search assignments for Fortune 500 companies.

Prior to her work in the executive search field, Patricia worked for a Silicon-Valley based company, where she was the Regional Sales Manager for the province of Québec (Canada). Earlier in her career, she held the role of Assistant Director of the MBA Program at Concordia University where she was also an Adjunct Professor. During her time at Concordia University, the MBA Program was ranked 4th in Canada by Canadian Business Magazine.

Patricia is on the Advisory Board of BoardProspects.com, the world’s largest online boardroom community.  She is an active member of the Women and Leadership Advisory Council at Concordia University in Montreal and Founder of the Half Percent Project (halfpercentproject.org), an animal welfare charity.

Previously, Patricia was on the Board of The Blue Card, a member of the Family Advisory Council of the Komansky Center for Children’s Health at New York- Presbyterian Hospital Weil Cornell Medical Center and the New York Steering Committee of 2020 Women on Boards. She was also a Trustee at Temple Israel of New York City.

Patricia is an active contributor to Forbes.com and author of Time’s Up: Why Boards Need to Get Diverse Now, to be published later this year.

She holds a BA, with distinction, in psychology from McGill University and an MBA from Concordia University. 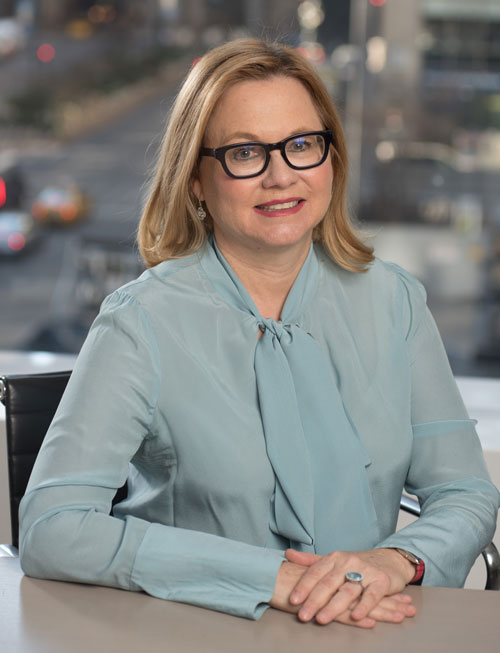