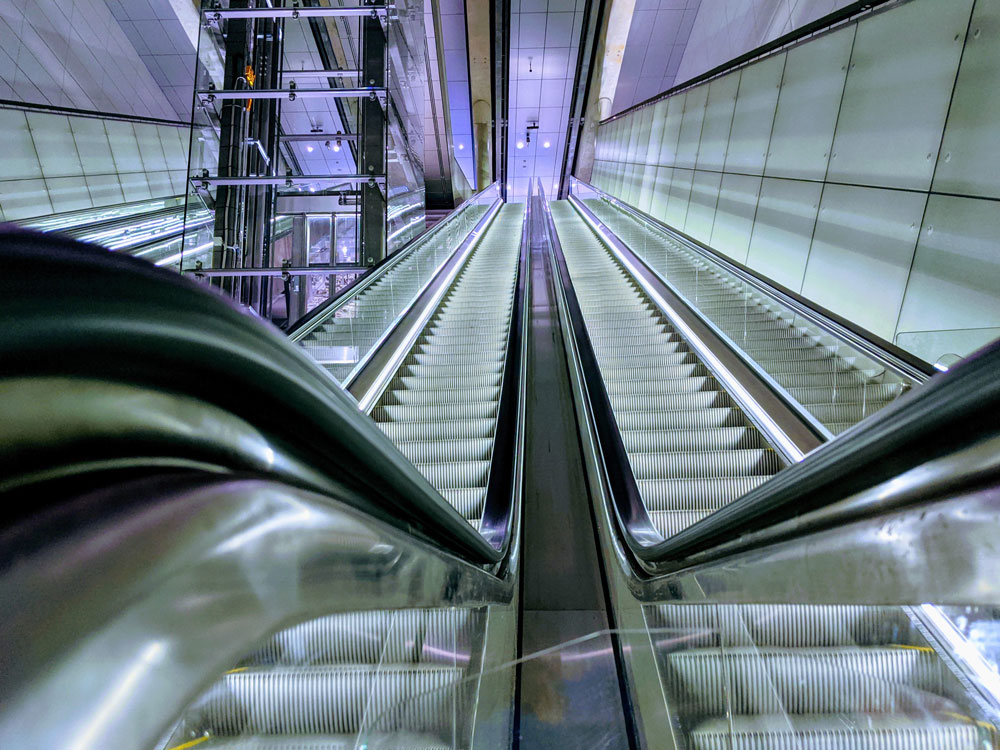 The reasons for this are numerous. Firstly, diversity in the boardroom has been a so-called “hot topic” for years now. These days we clearly understand that diverse boards make better decisions and these better decisions lead to improved business results. Yet, despite the knowledge that diversity in the boardroom is not primarily a social good but rather a business imperative, many companies are still having a hard time diversifying their boards. One of the reasons for this is that there is simply not enough turnover of directors. Not enough open seats.

Another reason for the current focus on board refreshment is because the rate of change and evolution in our business environment is brisk to say the least. Customers, employees, competitors and investors are dynamic and ever-changing. Boards need to adjust accordingly. Skillsets and experiences quickly become obsolete and refreshment can counter this.

Director tenure and the implications of this on boards and their effectiveness is often debated and related to the issue of board refreshment as well. In August of 2016 the Financial Times reported that US boards are “maler, staler and frailer” than their European counterparts. In fact the average director tenure in the US was disclosed to be over eight years while in the UK this number was just under six years. Tenure is meaningful for several reasons but importantly director independence naturally diminishes the longer the time spent on a board. In an ISS (Institutional Shareholder Services) 2016-2017 policy survey with investors, 51% flagged lengthy average tenure as problematic. Just 11% of investors said tenure is not a concern.’

“…stagnant boards that are filled with directors with extended tenure fail to refresh themselves in a timely manner, can no longer keep current with technological developments and grow unable to offer new insights into corporate issues…”

In a paper that focused on the link between director tenure and innovation, Ning Jia of the School of Economics and Management at Tsinghua University in Beijing observed that : “…stagnant boards that are filled with directors with extended tenure fail to refresh themselves in a timely manner, can no longer keep current with technological developments and grow unable to offer new insights into corporate issues… long executive tenure is often associated with rigidity and a commitment to established policies and practices that potentially kill the entrepreneurial spirit and hinder innovation.”

Board refreshment is on the minds of shareholders and regulators. They seek to understand the value and contributions made by the board in its entirety as well as individual directors. Board refreshment has come to be understood as a best practice of corporate governance. Boards are no longer treated as lifetime appointments as was the case not too long ago. Yet how to effectuate board refreshment is not straightforward. There is no cure-all and it is certainly not easy. There are also no hard and fast rules but it can unequivocally be said that it should never be done arbitrarily.

Operationalizing Refreshment: A Step at a Time

Board refreshment cannot be some random formulaic activity. It must be judicious, thoughtful and relevant to the company’s overall objectives and strategy. Changing directors simply to change them makes no sense.

The exercise of creating a board matrix which lists directors on one axis and their skills and competencies on the other can allow a board to begun to understand themselves and enumerate their areas of proficiency or lack thereof. The skills and competencies listed should contain those necessary for the future of the business and not only those that are currently present on the board. For example, perhaps the company is moving into a new emerging market such as Africa. Experience running a business in this region may be a new skill to include on the board matrix. Social media or cybersecurity expertise are relatively current and in-demand skills and might be something to consider including on any matrix. For most companies, if this is not currently present on the board they will need to be sometime soon.

Ultimately, there will be many opinions about how and when refreshment should take place and who is to be refreshed. For example, Warren Buffett has been on the Berkshire Hathaway board for 51 years and Rupert Murdoch has been on Twenty-First Century Fox for 37 years. Should they step down from these roles to make room for new talent?

No matter the situation, the foremost criteria when reviewing any board must be contribution and performance. This is the ultimate benchmark. As such before embarking on any board refreshment exercise a full and thorough board evaluation should be conducted. There are all sorts of methodologies that can be used but the ultimate goal should be a comprehensive and objective enumeration of individual director performance. Interestingly, from almost the moment one enters the work force performance evaluations are commonplace and even expected. Yet at the board level, until recently directors were usually considered beyond evaluation. Amongst the S&P 1500 firms board evaluations are now close to universal (97 percent according to a survey conducted by ISS (Institutional Shareholder Services). However, according to the PWC 2016 Annual Corporate Directors Survey, 49% said their board actually made changes as a result of their self-evaluation. Board evaluations cannot be a box-checking exercise. Rather their value and purpose must be understood and the results should bring about meaningful change and improvement.

Board evaluations cannot be conducted in a vacuum. They must take into consideration the unique circumstances of the board and company in question. This should include the company’s strategy. What are the near and medium term goals and challenges and does the board have the requisite skills to guide the company appropriately? The competitive environment needs to be considered as do expectations from investors. To evaluate the board is to consider risks the company faces and make a determination that the board is equipped not only to plan for them but also to properly react if the worst case scenario comes to pass. Many discussions of board refreshment do not include board evaluation as if they are separate aspects of the functioning of the board. To effectively refresh one has to effectively evaluate first.

Board evaluations can help pave the way for board refreshment. Age limits and terms limits are additional means of refreshing a board. There are many diverging opinions as to the effectiveness of these “forced exit” mechanisms. It is often argued that experienced directors add value and that there is little to compare to the wisdom and institutional knowledge that comes with time spent affiliated with a board. Nevertheless, according to the 2016 Deloitte Board Practices Report, amongst large cap companies 81% have age limits and 5% have term limits. In mid-cap companies 74% have age limits and 6% have term limits.

It should be noted that a board that is entirely composed of a particular generation may suffer from the same lack of diversity limitations that boards without gender or ethnic diversity do.

“term limits led to a meaningful decrease in average board tenure and younger directors, and it is the most effective tool if the goal is to ensure board turnover…”

As for term limits, all of the large cap companies that do have them specify a maximum term of between 12 and 15 years. Notably, according to a study by the Investor Responsibility Research Center Institute (IRRC) and ISS, “term limits led to a meaningful decrease in average board tenure and younger directors, and it is the most effective tool if the goal is to ensure board turnover…” (Davis Polk Governance Briefing).

It should also be noted that there are some practical considerations that need to be taken into account in any discussion about board refreshment. Board committee structure and participation will impact the amount of refreshment that a board undertakes. It has been shown that “service on the nominating, audit and compensations committees may lead to longer tenures due to the desire to retain subject-matter expertise.” (Davis Polk Governance Briefing)

Effective board refreshment goes hand in hand with board succession planning. Like board refreshment, succession planning is also a relatively new proceeding for corporate boards. The Council of Institutional Investors (CII) which is a nonprofit with members who have combined assets that exceed $3 trillion “maintains that boards should implement and disclose a board succession plan that involves preparing for future board retirements, committee assignment rotations, committee chair nominations and overall implementation of the company’s long-term business plan.”

Currently there are somewhat limited options and tools for refreshing boards. We have discussed evaluations as well as term limits and retirement policies and board succession planning. Above and beyond all of this there needs to be a culture shift in the mindset and expectations of board directors and the stakeholders they serve.

There is an underlying expectation that director appointments, while no longer for life, are at the very least long-term. Intrinsic in this is the feeling that stepping down from a board position is akin to failure or deficiency of some sort. Board membership can feel like joining a club and as is the case with other exclusive clubs, once you get in you don’t want to leave. This thinking is so embedded in board membership that it is unspoken and in many cases unconscious. For boards to truly embrace refreshment and all of the tools and accoutrements to get there, reasoning and thinking must be adjusted and an appreciation for the value of change must be developed.

Fresh perspectives can be very valuable when trying to solve any problem or make important decisions. On the other hand, experience and expertise contribute clarity and of course wisdom. The right combination of these attributes can be difficult to obtain but should not discourage trying. Boards have not always been proactive about their own evolution and effectiveness. However they no longer have much of a choice. Boards need to become more self-aware. Complacency and being opaque about their internal workings are things of the past.

The word refreshment of course conjures up the word fresh and one look at the definition of fresh should make any doubt surrounding refreshment dissipate:

Fresh: having its original qualities unimpaired such as (1) full of or renewed in vigor, (2) not stale, sour or decayed (3) not faded (Merriam-Webster dictionary).

Can your company afford anything less? 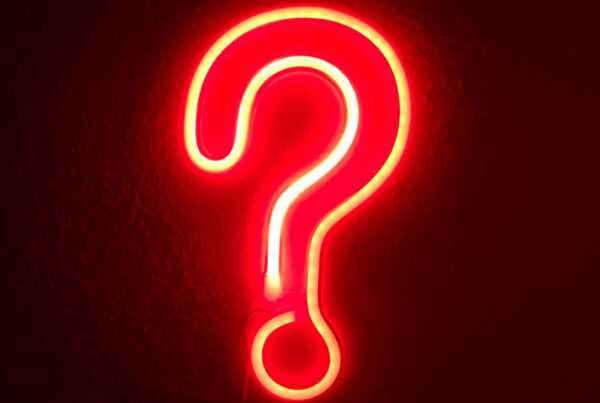