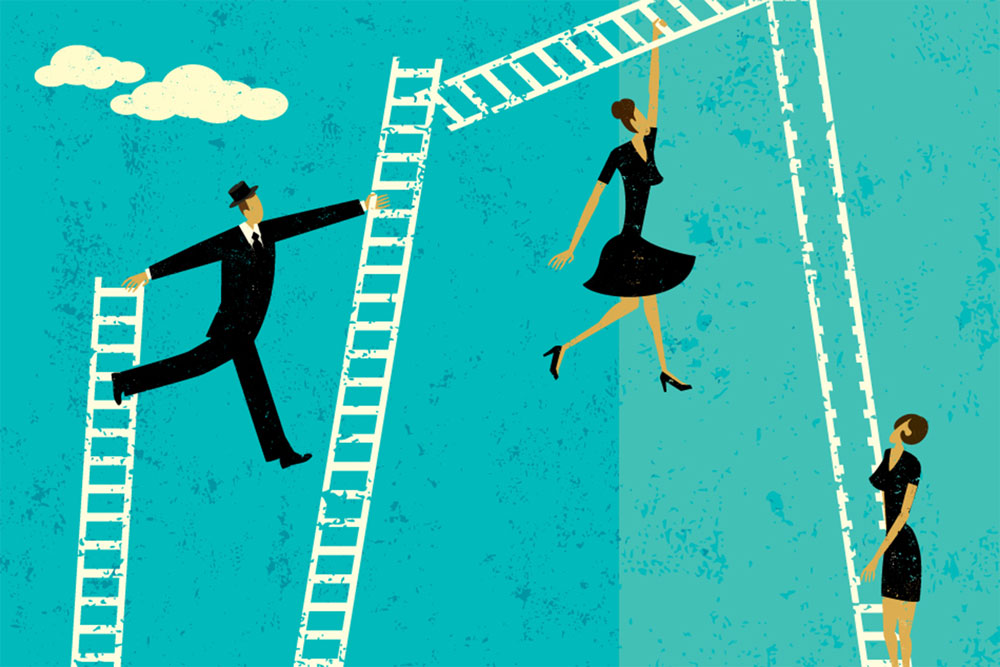 Gender Diversity in the Boardroom: Moving from the Why to the How

No matter your level of support for or interest in the issue of diversity in the boardroom, no one would disagree that it is a “hot topic” in corporate governance circles and corner offices around the globe.

Diversity in the boardroom can mean many things. When I started recruiting corporate directors in the United States about 18 years ago, diversity most often referred to ethnic diversity. Specifically there were efforts of various magnitudes to increase the representation of African Americans and Hispanics on boards. Diversity then expanded to include other ethnicities generally depending on where the company in question was doing business or had hopes to do so.

More recently, the focal point of the diversity repartee has been gender diversity. Numerous studies including an early trailblazing one by Catalyst, the research and advisory organization have shown that gender diversity improves bottom line financial performance (The Bottom Line: Connecting Corporate Performance and Gender Diversity,2004)

Let’s pause here to reiterate, gender diversity in the boardroom has been determined to improve financial performance. It also improves innovation and motivation. Women lower down in the organization not only perceive an avenue to the top but oftentimes the glass ceiling does give way in those companies with females in their boardroom. Diversity has also been demonstrated to lead to better decision making, a core responsibility of boards.

Countries around the world have been taking notice. Beginning with Norway instituting a boardroom quota in 2003, other countries have since followed suit. It might surprise you to know that countries as diverse as Iceland, the United Arab Emirates and Malaysia all have quotas to increase the representation of women on boards. The numbers and consequences for noncompliance may be different but the overriding goal is the same: expanding female presence on corporate boards.

Despite the hype, conversation and endless publicity, headway into the boardroom by qualified women has been sluggish. In the U.S., women hold 19.2% of the board seats in the S&P 500. According to Catalyst, this is about the same as it was last year. In the UK, the number is slightly better with 23.5% of Boards seats in the FTSE100 currently held by women.

Surely quotas cannot be the only way to improve gender representation in these hallowed quarters. Furthermore, some countries, such as the US, philosophically simply don’t believe in quotas. As such, here are some alternatives and a roadmap to implement the change that we all lament about.

The Micro Considerations
Attitude First
Each time I write or speak about this topic I encounter extreme opinions and emotions. From time to time there is also opposition. People tend to feel very strongly about the benefits as well as the costs of bringing more women into the boardroom. Thus, in order to achieve any meaningful improvement, we must first begin with an attitude adjustment.

It appears that many believe that those advocating on behalf of improving gender diversity in the boardroom are suggesting that any female become a board director. This is absolutely not the case. It should be very clear that gender diversity in the boardroom is not a handout. Nor should it be warranted for anyone but the most accomplished and qualified.

We also need to be mindful of the fact that the real obstacle to change is demand rather than supply. There is a lingering perception that there is a dearth of qualified women who can assume director roles. In fact, the opposite is true. There is an abundance of executive level women who are not only qualified to take on director positions but have invested in education and training in order to better understand the role and its requirements.

It all Begins with Career Success
Continuing with the idea that it is only the most senior and qualified who belong in the boardroom (whether a man or a woman), it is critical to look at the pipeline. There must continue to be an ample supply of accomplished women. No one can dispute a board appointing a superstar CEO who has exponentially grown her company or a CFO who has raised equity or restructured debt. The fact that the candidate is a woman becomes incidental. The point is, preceding the board director role should be a solid track record of success and accomplishment in ones chosen career.

Mentioned above are but two examples of the types of qualifications that lend themselves to board service. There are of course many more. Operators are always in demand. All boards want and need a CEO or someone who has had P&L responsibility. The ability to see and understand a business in it’s entirely is fundamental board work. Financial skills are also indispensable. Preference is typically for a CFO or retired Audit Partner but other backgrounds can be suitable as well. Marketing, and/or social media expertise is valuable as is international experience for those companies with operations outside their home country. Being a Chief Information or Chief Technology Officer is also a very sought-after skill. One can argue that every company is a technology company these days and the concern with cyber security is considerable.

This represents a sample and not an exhaustive list of the skills that lend themselves to becoming a board director. Bottom line, the best way into the boardroom is for women to focus on their careers. Sounds like glib advice but it is indeed the bedrock if we are to have more gender diverse boardrooms.

Come out of the Shadows
It is one thing to have a stellar career, but to become a board director you need to be found.

For the uninitiated this may sound strange but the fact is that about half of board appointments come about as a result of knowing someone on the board, in the company or who is a trusted advisor or investor. The other half come through the work of Executive Recruiters.

Either way, to participate in the process you need some visibility. This comes naturally to high profile public company CEOs, but what about the rest of us?

A Mentor or Sponsor who is accomplished, senior in his or her career and well connected can be extremely helpful. Having a personal and long-standing relationship with this influencer can yield not only guidance but introductions to those in a position to make board selection decisions.

Another element to take seriously is your own renown and acclaim. You must be seen as an expert, thought leader and highly accomplished in your field or industry or profession. The good news is that in our 24/7 online, content dependent world it has never been easier to publicize oneself. This can and should include but should not be limited to public speaking at appropriate conferences and seminars and writing either a blog or even better, articles for relevant publications.

Term limits are important because in order to improve diversity in the board room there must actually be turnover of directors. The United States does not have any universal regulation or laws that specify board term limits. This is left to individual companies who sporadically specify some retirement age in their bylaws although they can and are often overruled by the board. In a recent New York Times article it was reported that the average age of directors in S&P 500 companies has risen to 63.1 this year from 60 in 1998. Remember, this is average age. State Street Global Advisors did a study of 2013 data and found that average board tenure in the U.S. is 8.6 years. Compare this to the UK with an average director tenure of 6.4 years and Norway where the average if 5.1 years.

This is a delicate topic and there is no right answer as to how old is too old to be on a board and how long is enough. This will always involve a trade-off between experience, wisdom and insight versus fresh ideas and an independent perspective.

What is important to remember however is that with this freedom and flexibility comes the obligation of boards to evaluate themselves vis a vis the tenure and continued contributions and independence of their directors. It is incumbent on boards to use their infrequent opportunities to add a new director wisely and with an eye to improving diversity.

Board Refreshment
Enhancing board diversity cannot be accomplished without board refreshment. Board refreshment goes hand-in-hand with term limits and director tenure and is also all the rage these days.

Forward thinking, strategic boards have always been cognizant of the need to periodically refresh themselves. The rest are catching up. As your company is ever evolving so should the skills necessary on the board. When board refreshment is embedded in the culture of the company the board has the opportunity to regularly and strategically add new skills and experience. Overlaid in this process can be a partiality towards diversity when appropriate.

Board refreshment can also be considered in the context of board succession planning. Overall succession planning for CEOs and other senior executives tends to be more occasional than it should. This is even more the case for boards. Have you ever known or been part of a board that planned for its future directors? I have seen this on occasion and it proceeds as follows, the board looks at their current composition and enumerates the skills and experiences that presently exist. They assess gaps based on company strategy and goals. This results in a “wish-list” which guides a proactive process of identification of new board candidates (usually before a seat is actually available). The idea is that the activity of board director identification takes place prior to the actual need. This allows for a more robust and optimized process. Furthermore, for those that feel there is a lack of qualified female board candidates, it provides ample and unencumbered time to find and comfortably evaluate them.

Boards of Directors at the most strategic level, steer the ship that is the company. Board composition is a critical facet in this equation. Diversity of opinions, ideas and experiences enhances the board’s capacity to make decisions, identify challenges and risks and to respond accordingly. Essentially it betters the ability to do their job. Female participation in this process should be a given but it is not. Quotas are one way to push more women into the boardroom but for those environments where this is not optimal there are a whole host of alternatives. The blueprint I have provided can help guide the way and incidentally is not necessarily meant to be in place of quotas but rather complimentary to or additive. The objective is the same.